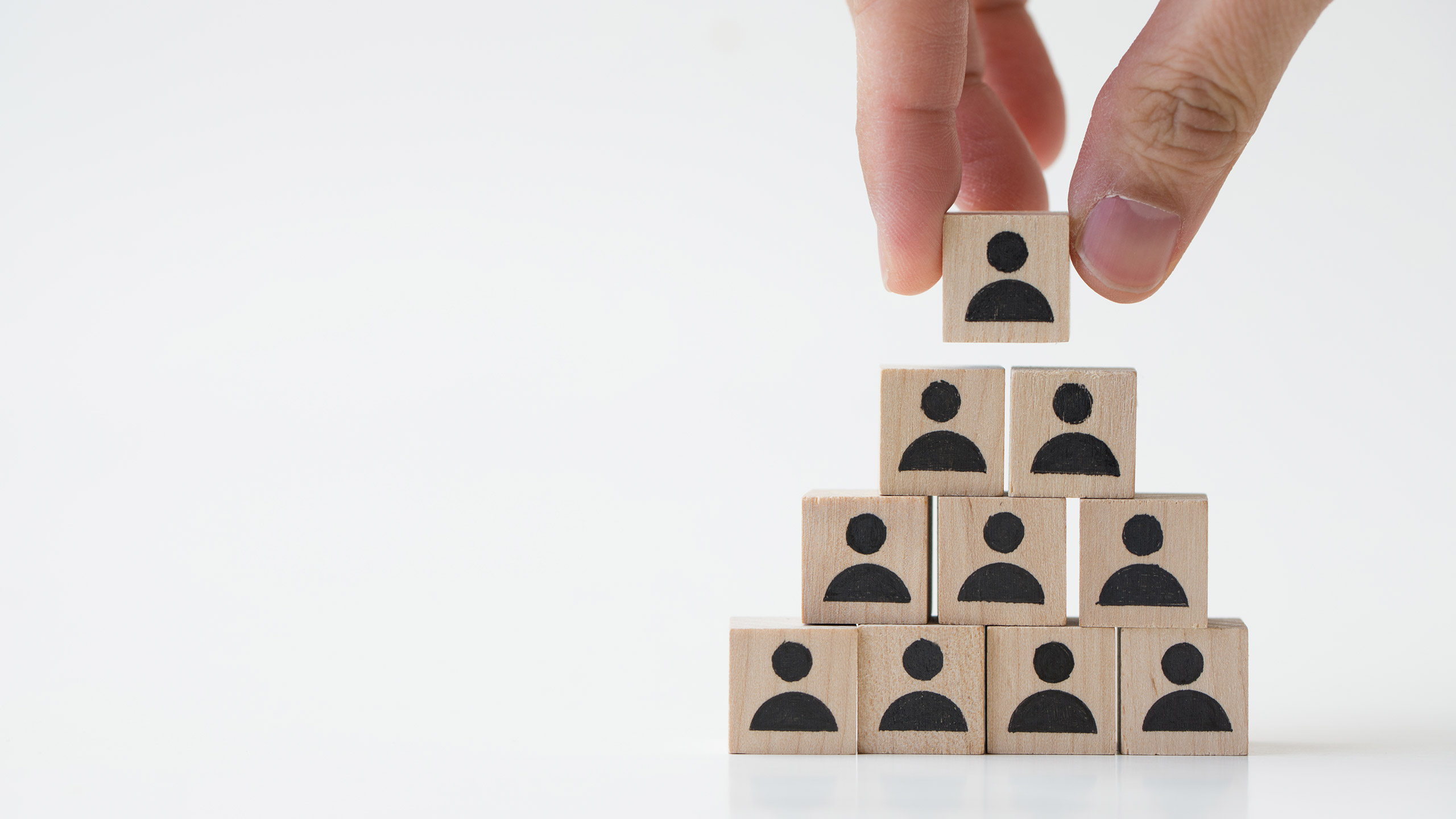 Zeljko has been involved in sport from an early age. He started attending summer classes of swimming & waterpolo when he was seven and proceeded with basketball from his 10th year. He played recreational basketball till the age of 16 when he starts playing professionally for one of the local clubs that competed in Montenegro’s 2nd league. In the next few years, while simultaneously attending high school for Physiotherapists, he became one of the youngest players to play 1st division basketball competing on the highest level, winning National Cup runner up trophy playing against future NBA & Euroleague Players. At the age of 17, he got the idea that he could run a marathon, so he attended his 1st International Race, winning 3rd place in within his country without specific preparation. After such a great result, the local athletic club offered him a contract to compete in next season without obligations to train Running since he was already training basketball full time. That end up being a very successful year, he became National Junior Champion for 1500m & 3000m, and Vice-Champion in Senior category in 1500m & 10 000m. Those results earned him a place in the National Athletic Team, but he never proceeded since he was not willing to quit basketball. After graduation as a Physiotherapist, he enrolled in the Faculty of Sport & Physical Education continuously playing basketball for the next two years when he retired, deciding to pursue academic skills. After earning a bachelor’s degree in Sport & Physical Education, he enrolled in Master’s studies in Sport Sciences simultaneously working as a Teaching Assistant at Center for health, exercise, and Sport Science, where he was in charge of client testing & exercise prescription. Mentored by world-class Ph.D. in sport & medical sciences, he published several scientific research papers in local and international publications, which ultimately lead him to write, publish & defend his Master thesis in subject of Strength & Conditioning preparation. After earning a Master’s degree in Sports Science, he worked as a Club General & Fitness Manager, being in charge of creating new programs and their implementation. In his spare time, he is on the water surfing or reading psychology & philosophy books.

Ivana has been involved in various sport’s activities from an early age. Following her early childhood passion at the age of 13, she became National Champion in Latin Dance for her age group. After accomplishing dancing goals, she found herself in basketball. Next, five years she went on a journey from complete beginner, trough the junior & senior National Champion, to earning an A coaching license in basketball. Along with playing professional basketball, she earned a Physiotherapy high school degree with highest honors from Institute “Dr. Simo Milosevic,” the leading institution in Balkans for modern physical and preventive medicine. From there, she went to the Faculty of Sport and Physical Education of the University of Novi Sad, earning a Bachelor’s and master’s degree specializing in Motor learning and development of youth. While working on a master thesis in her second year, she worked at Faculty as Teaching Assistant on the subject of Fitness Assessments handling many projects and being a student leader. After defending her master thesis at Faculty of sport and p.e. she enrolled another master degree program on Faculty of Sports Medicine, publishing many scientific papers in local and international scientific journals, she earned a Specialist Degree in Sports Medicine specializing in Kinesiotherapy (diagnosis, prevention, and treatment of postural disorders and musculoskeletal dysfunction). Prior to coming to Dubai, she spent two years working in Chicago (USA) as a Sports Medicine Specialist and Personal Trainer. Ivana holds numerous certifications and accreditation’s in the field of Sports Medicine, Strength, and Conditioning, and Nutrition from World-leading institutions like the American College of Sports Medicine, National Academy of Sports Medicine, American Council on Exercise & IDEA Health & Fitness Association. By the European Register of Exercise Professionals, Ivana holds the highest 6th EQL level as an Advanced Health & Exercise Specialist. In her spare time, she likes discovering new places, meeting people, and catching up with friends and family.

Dragan has been sport-oriented since an early age. He started practicing Football since he was six years old. Through the years, he started winning Championships with his Team on the Semi-professional level. At age 9, he joined Dancing Ensemble (Serbian Folklore), he was very successful as a Soloist, and he was awarded multiple times by the Serbian National Folk dance Association. After earning Physiotherapy High School Degree, at the age of 19, he was offered a Professional contract by Serbian National Ensemble. However, he decided to continue his Academic development. He continued his education at the University of Novi Sad, Serbia, where he graduated from the Faculty of Sport and Physical Education by defending Bachelor and Master Thesis in the field of Kinesiotherapy and Postural Disorders. While studying, he was engaged in the Department of Kinesiology and gave a massive contribution by publishing Scientific papers and enrolling many practical Assessments across the Schools on the territory of Novi Sad and as well by spreading awareness and educating the young population about Postural Disorders and Prevention. After he earned a Master’s Degree, he decided to move to Dubai and start working in the Fitness industry. Through years of his career, he continuously developed his skills and knowledge by enrolling in courses (Diabetes and Fitness, Obesity Prevention, Strength and Conditioning, Lifestyle Strategies for Managing Low Back Pain, Olympic Weight lifting, etc..). He went from the position of Personal Trainer to Club General Manager in a period of 3 years. Dragan is holing 6th EQL level as an Advanced Health and Exercise Specialist by European Register of Exercise Professionals and as well the highest level of UAE REPs. In his free time, Dragan likes to attend Triathlons and Obstacle Races such as Spartan Race and Tough Mudder.

Marko entered the sports world trough swimming & waterpolo like most of the young Montenegrin coastline habitats at the time. Simultaneously he master playing few instruments for local cultural & artistic ensemble, which he enjoys doing in his spare time today as well. Marko earned a Physiotherapy high school degree from Institute “Dr. Simo Milosevic,” leading local institutions for modern physical and preventive medicine. After high school, he continued his education on College for Sports & Health, where he earned his Bachelor’s degree in Physiotherapy simultaneously working for the Orthopedic Clinical Center in Belgrade, Serbia. After graduation, his career reaches a new peak by being employed as an Assistant Physiotherapist in the Novak Djokovic medical team in the 2013/14 season while working for Health Center” Anea” Budva, Montenegro. Novak had a very successful season that year winning 7th Masters, 4th Australian Open title & 2nd Wimbledon title, which ranked him as number 1. Tennis player in the World. Being extremely motivated, Marko continued his education on the Faculty of Medicine in Belgrade, earning a Master’s Degree as an Advanced Physiotherapy Specialist. Afterward, he earned Neuromuscular Taping Certification from Neuromuscolare Institute, Rome, Italy, and he worked for Institute for Orthopedic Surgery “Banjica “in Belgrade as an Occupational Therapist for Sportsmans. Finally, prior to coming to Dubai, he worked at Waterpolo Club “Jadran” in his home town as Strength & Conditioning Coach and Physiotherapist. Marko holds numerous rewards as a medical team member of various sports teams where he worked and possess multiple certifications from local & regional Medical bodies. By the European Register of Exercise Professionals, Marko holds the highest 6th EQL level as an Advanced Health & Exercise Specialist.

Relja started practicing Judo from an early age. He won more than 60 medals on national & international Judo tournaments across Europe while finishing his primary school and Medical secondary school in his home town Zvornik, Bosnia & Hercegovina. Relja is a holder of a black belt in Judo, and as a National Judo Champion, he was a member of the Junior National Team of Bosnia and Hercegovina. He continued his education on the Faculty of Sport & Physical Education, Novi Sad, Serbia, where he graduated as a Professor of sport and physical education. On the same Faculty, two years later, he defended his Master thesis by the title” Application of special judo fitness test to older pioneers in judo” that earned him a Master’s degree in Physical Education & Sport. His professional judo career and successful academic development granted him a Teaching Assistant position on Faculty of Sport in the subject of Judo, where he worked for two years as a practical assessor of Judo, Wrestling, Karate, and Self Defense. After finishing the Faculty of Sport and Physical Education, he enrolled in another Master’s Degree program on the Faculty of Medicine in Novi Sad, Serbia. Simultaneously while he was working on his Master thesis, he worked as a Fitness Manager and Strength & Conditioning Coach at a local fitness club. Prior to coming to Dubai, Relja defended his 2nd Master Thesis on Faculty of Medicine under the title” The effect of fitness programs on the morpho-functional characteristics of women,” which earned him the title of Specialist in Sports Medicine and Physical Therapy. Relja had tens of published scientific papers in national and local scientific journals and held numerous certifications from leading Health & Exercise institutions. He is certified in programming and evaluation of training adults and functional diagnostic in sport and fitness from Center for Health, Exercise and Sport Science, Belgrade. He is also accredited with highest, 6th EQL as an Advanced Health & Exercise Specialist from the European Register of Exercise Professionals. He likes skiing, so every winter, you can enjoy his Facebook & Instagram posts from different skiing resorts all over the World.