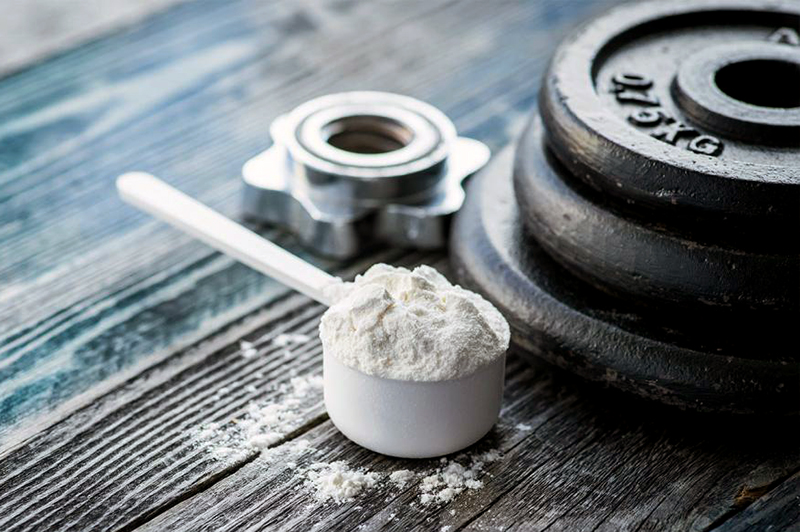 Asthma is a chronic inflammatory disease with a high prevalence in the general population, around 10%. Among professional and nonprofessional athletes, the estimated prevalence of asthma is even higher, ranging from 3% to 50%, depending on the sports training environment and the presence of atopy. Among adolescents, one of the largest groups of sports supplements consumers, asthma prevalence can be as high as 30%. Many of these athletes and adolescents are probably taking creatine. However, the effects of creatine supplementation on this population remain unknown.

In an experimental study done by Vieira and colleagues, for the first time, the effects of 32 days of oral creatine supplementation on lung inflammatory response were evaluated in a model of chronic allergic lung inflammation in sensitized mice. The results showed creatine supplementation exacerbated allergic inflammation, airway responsiveness, and remodeling in sensitized mice.  These were characterized respectively by: a significant increase in the density of eosinophils in Bronchoalveolar lavage fluid (BALF) and airway walls; a significant increase in hyperresponsiveness; and a significant increase in the volume proportion of elastic and collagen fibers and smooth muscle thickness.

Taking into account that the uses of creatine in sports medicine are based not only on its effects on muscle mass gain but also on its muscular anti-inflammatory action, and also considering its beneficial role on chronic obstructive pulmonary diseases, it can be concluded that creatine could also have some beneficial effect on chronic pulmonary inflammatory diseases of allergic origin, such as asthma. Furthermore, since professional and nonprofessional athletes with asthma might be using creatine supplementation, we believe it is crucial to investigate creatine’s effects in this population.